Cathy Brady’s debut is an emotionally stirring exploration of two sisters — and a country — struggling to emerge from a traumatic past. 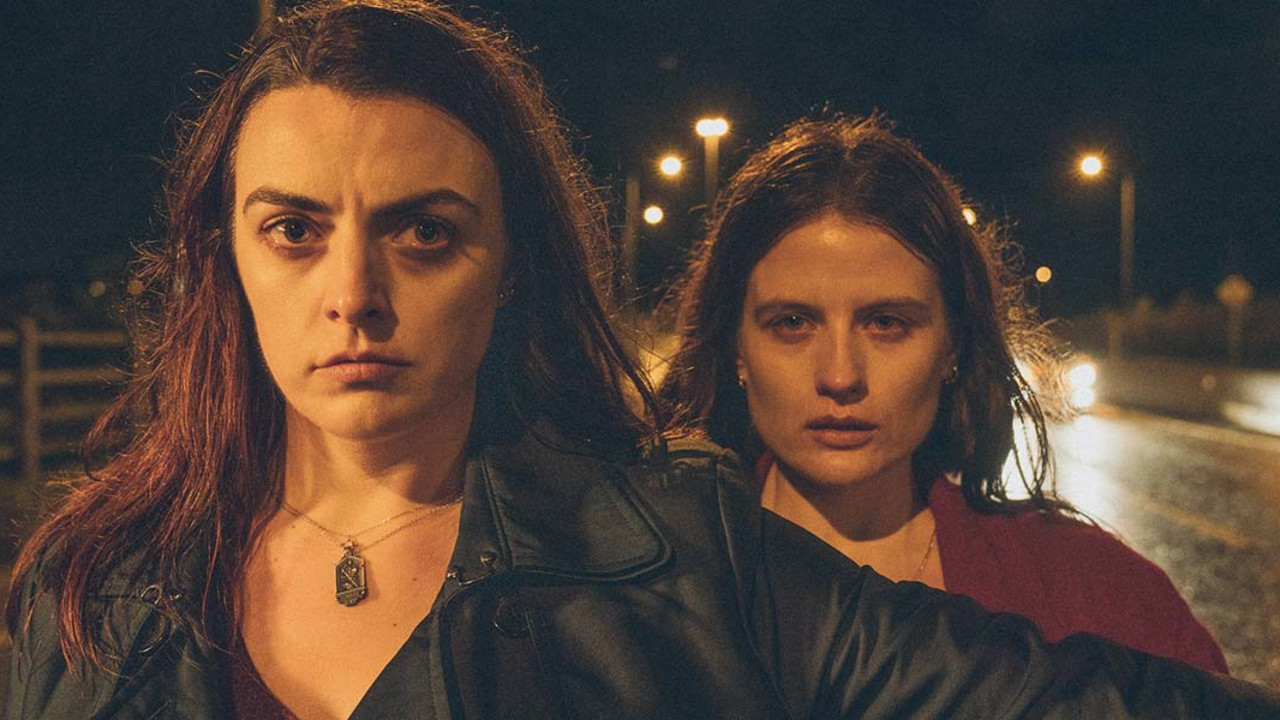 Having disappeared from her quiet border town in Northern Ireland a year prior, Kelly (Nika McGuigan) suddenly shows up on the doorstep of her sister, Lauren (Nora-Jane Noone). Born within a year of each other, these “Irish twins” share a deep bond despite their differences: Kelly, the wild one, makes Lauren’s married life and factory job look like pillars of conventionality. Kelly’s return, however, quickly stirs up long-repressed traumas between the sisters, and in their community, that threaten this veneer of stability. And Lauren soon must choose between the life she knows and her connection to her sister.

Director Cathy Brady frames this present-day family drama within the history of The Troubles and the current debates around the return of a hard border between the UK province in the North and the independent Republic in the south. In foregrounding how the past impacts the present, Brady boldly opens up conversations around mental health and the generation in Northern Ireland that grew up in a “post-conflict” society. Where Wildfire’s quiet explosivity truly lies, though, is in the unshakable performances of its leads, Noone (The Descent) and McGuigan (RTÉ2’s Can’t Cope, Won’t Cope), who, sadly, passed away from cancer last year.

Brady’s debut is an emotionally stirring exploration of two sisters — and a country — struggling to emerge from a traumatic past.