A Syrian asylum-seeker finds himself in a purgatorial state on a remote Scottish island, in this melancholic comedy from Ben Sharrock. 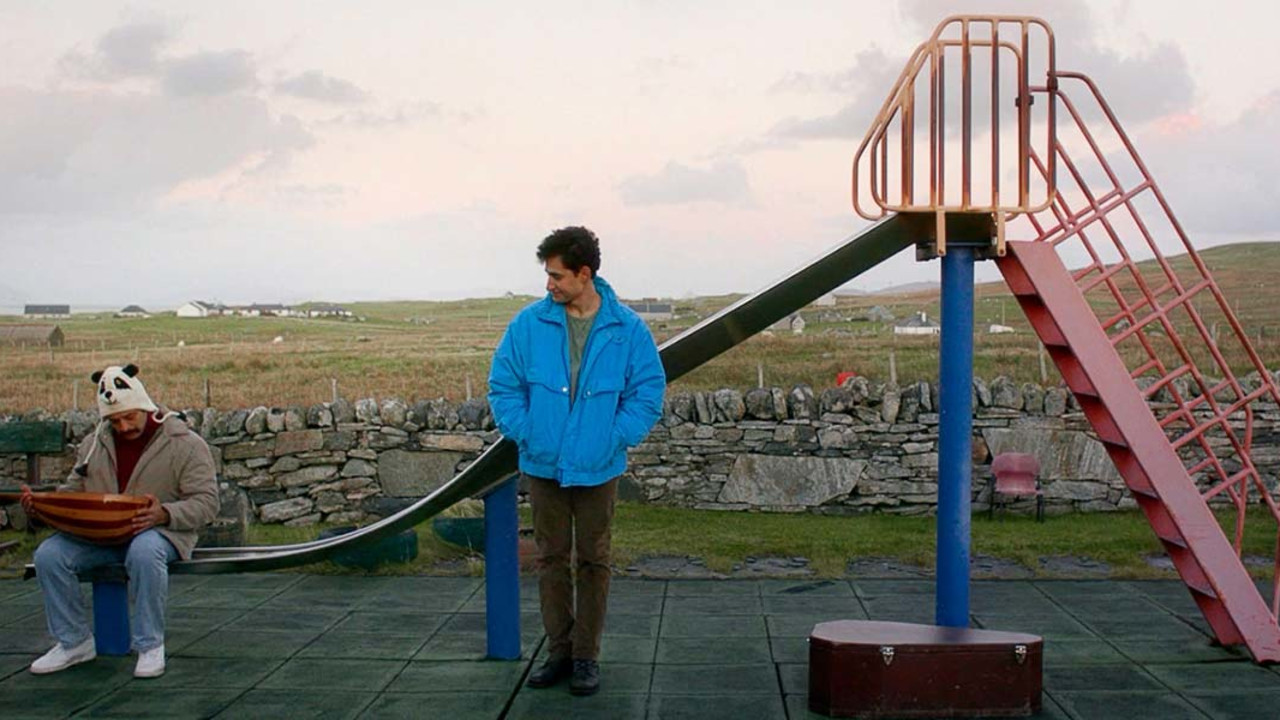 In a remote corner of Scotland’s Outer Hebrides, surrounded by gale-force winds and stormy seas, gifted young musician Omar and his fellow Syrian asylum seekers endure a puzzling cultural-awareness lesson from an oddball pair of locals. With little else to do while awaiting letters about their refugee status claims, Omar (Amir El-Masry) and his flatmates otherwise pass the time queuing up to hear the voices of loved ones on the island’s only payphone, or heatedly debating the nuanced relationship of Ross and Rachel while binge-watching a donated Friends box set. Unable to play due to a broken arm, Omar carries his grandfather’s oud with him while wandering the lonely landscape, as if weighed down by both the burden and the comfort of memories of home and the life he knew. His brother, who stayed behind to fight in Syria, is a source of worry and an object of hero-worship as Omar questions his own decision to have ever left.

Inspired by personal stories from his network of friends in Damascus, where he studied shortly before the outbreak of the civil war, Sharrock affectionately imbues his film’s characters with an unwavering dignity. Ideal for these socially distanced times, Limbo has a kind of magic that connects us through the commonalities of cultures and shared experiences.