A bored Parisian teenager contemplates the pitfalls of growing up too fast when she falls in love with an older man, in Suzanne Lindon’s debut. 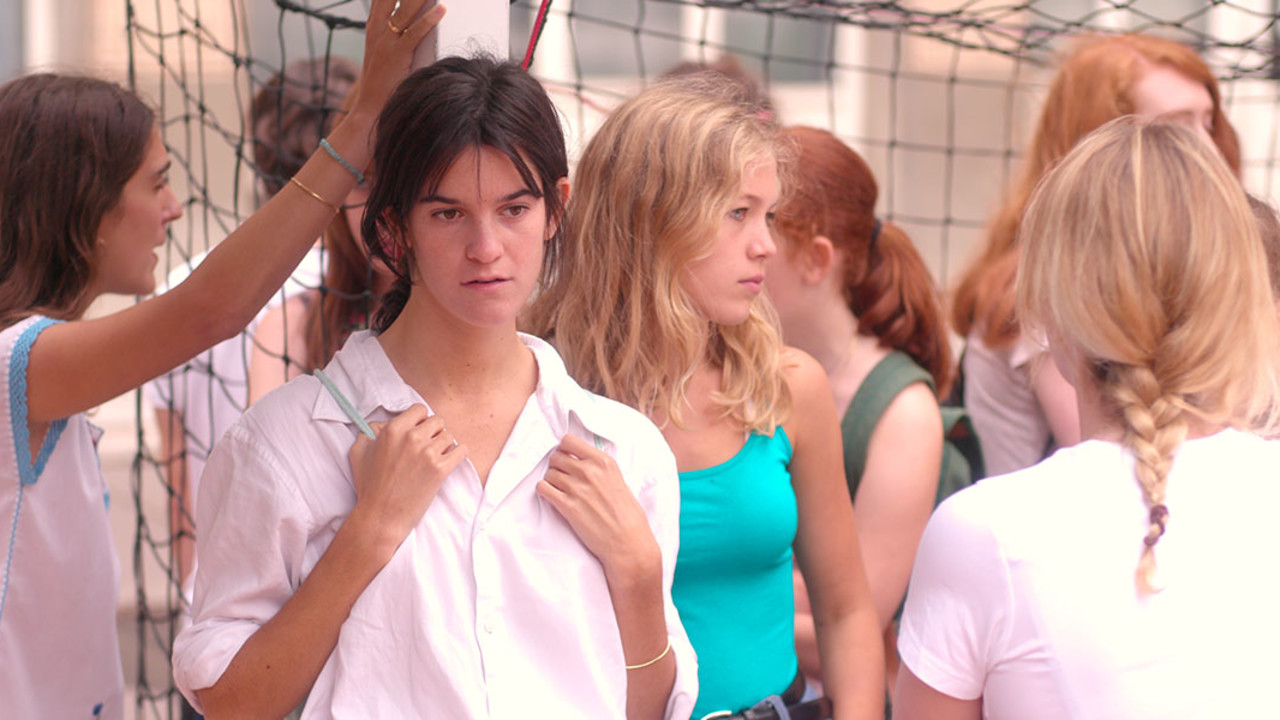 Suzanne (writer, director, and star Suzanne Lindon) is a 16-year-old Parisian girl bored with life. From the outside, everything appears lovely in her charmed world, but the everyday monotony of school and her relationships with friends and family feels completely uninspired. Suzanne is on the verge of womanhood, and her inner world brews with fantasy — but the ennui grows like a weed, and kissing her own reflection won’t nourish her blooming sexuality.

Passing a theatre in Paris’s 18th arrondissement on her way to class, she notices a 35-year-old actor named Raphaël (Arnaud Valois). While stewing in his own feelings of listlessness, he is preparing to play the character of Erastes — the word in ancient Greece for an adult man in a relationship with a pubescent boy. Despite their differences in age, Suzanne and Raphaël discover in each other an answer to their lackadaisical routines, and Suzanne finds herself balancing on a fine line between innocence and agency. But like a Gauloises inelegantly paired with a grenadine-lemonade, the relationship, though tempting, is ill-matched. Immersed in the world of grown-ups and adult choices, Suzanne begins questioning the pitfalls of blossoming too quickly.

A subtle dance budding with innuendo, Spring Blossom is a remarkable and risqué debut heralding a burgeoning talent. Now 20 years old, Lindon penned the script when she was 15. Directed with poise and performed with an elegance beyond her years, Lindon authentically exudes the passion of a young woman who gets swept away without ever losing herself. Bursting with detail and a je ne sais quoi charm that seems uniquely French, Lindon’s story is simultaneously fresh and wholly universal.