Kate Winslet and Saoirse Ronan star in this raw love story between a solitary paleontologist and a wealthy, grieving wife in 19th-century Dorset. 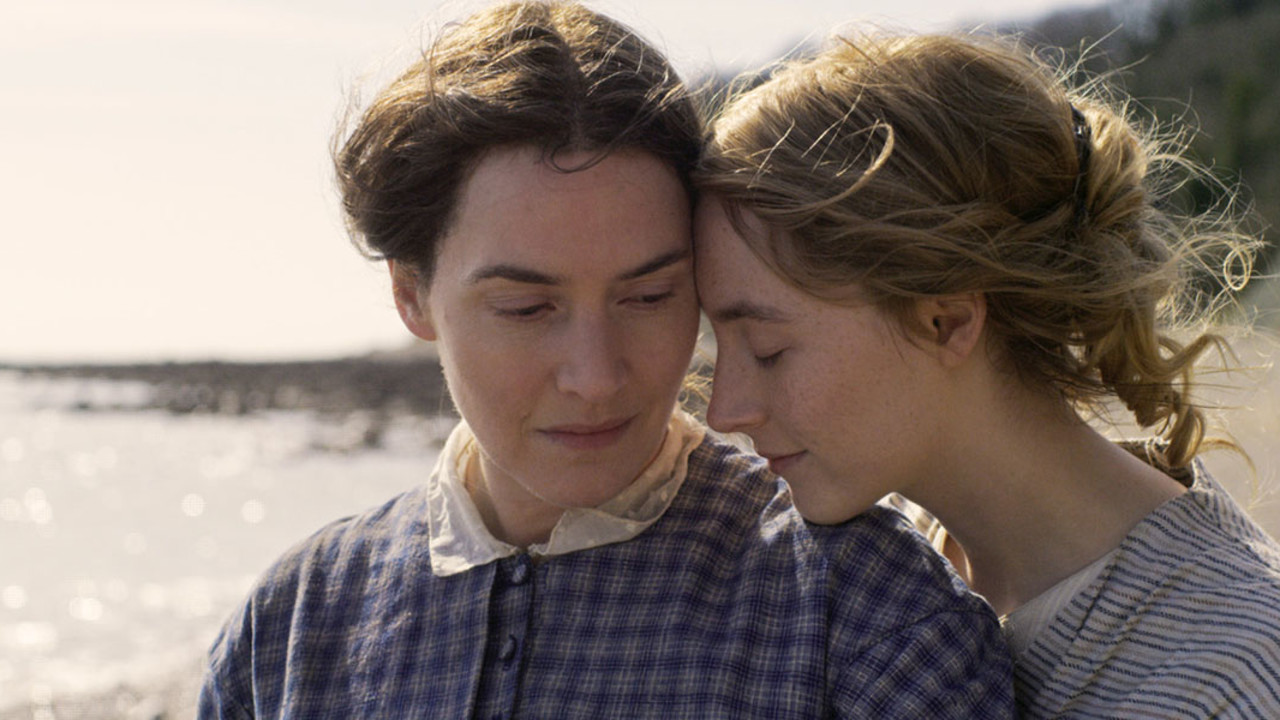 Kate Winslet and Saoirse Ronan have both shown exceptional range, depth, and intensity on screen, but Ammonite reveals new colours. In this story of a visionary scientist and the young woman who changes her life, these two stars deliver performances of raw electricity.

Mary Anning (Winslet) devotes her days on Southwest England’s Dorset coast to finding and cataloguing fossils of ammonites, extinct and beautiful sea creatures. In the early 19th century this is no work for a woman, and no scientific society will have her. So Mary toils alone, even as male scientists visit to study and take credit for her work. When one visitor brings along his grieving wife, Charlotte (Ronan), then abandons her there to return to London, the two women have no one to turn to but each other.

Francis Lee’s follow-up to his award-winning God’s Own Country shows the same talent for powerful love stories in harsh environments. The rocky, windswept seaside of Lyme Regis is palpable here. Lee directs with a similar brisk urgency, cutting to the core of Mary’s anger and Charlotte’s pain, charting the gathering emotional storm that throws them together. As in God’s Own Country, Lee films physical passion without a shred of prudishness. He, Winslet, and Ronan forego period gloss for a portrait of desire that feels so much more true. And in showing the full gamut of Mary’s astringent brilliance and unvarnished lust, Winslet delivers one of the very best performances of her career.