To kick off the Best of TIFF Reunions series and gear up for the Festival, audiences are invited to join a Twitter watch party of Greta Gerwig’s Lady Bird on September 8 at 7:30pm EDT with special appearances from surprise guests. 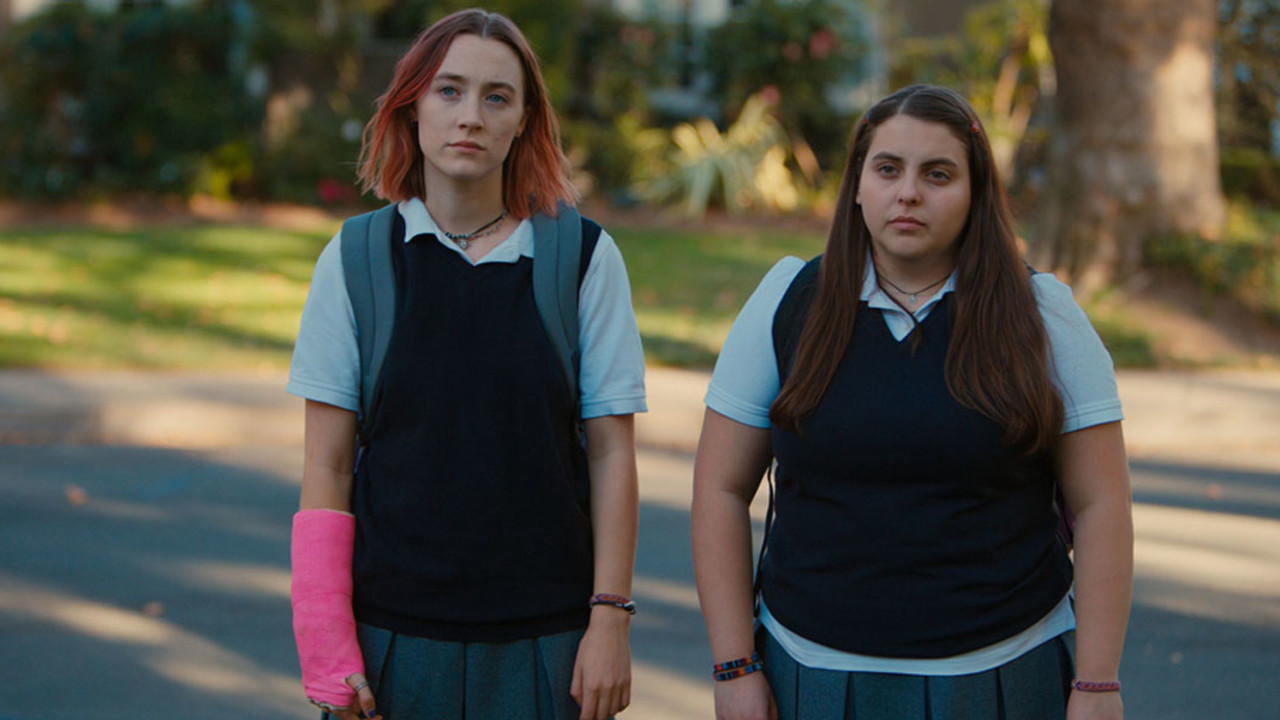 With modest grades and no alumni connections to speak of, Lady Bird needs extracurriculars to beef up her college applications. Joining the drama club leads to new friends (sometimes at the expense of old ones), first loves, and a social life in full swing. Dealing with her critical mother and succeeding at math do not come as easily. With her dad recently laid off, her mom working double shifts as a nurse, and her brother and his girlfriend — Berkeley grads — working at the supermarket, she is keenly aware that post-high-school life is no walk in the park. Old enough to appreciate what she has, but not always mature enough to show it, sometimes she just wants to go shopping for her prom dress rather than putting her clothes away.

Navigating the awkward space between adolescence and adulthood, Lady Bird, splendidly brought to life by Ronan, is a character to whom we can all relate. With her solo directorial debut, Greta Gerwig continues the charm and wit of her previous screenwriting work — think Frances Ha and Mistress America but with a more sophisticated approach to character and interpersonal relationships. Incredibly personal and immensely relatable, Lady Bird is sure to be one of the defining coming-of-age films of its generation.

Greta Gerwig was born in Sacramento, California. She studied English and philosophy at Barnard College. She has appeared in the Festival features Damsels in Distress (11), Frances Ha (12), which she co-wrote, Maggie's Plan (15), and Jackie (16). Alongside Joe Swanberg she co-directed the romantic drama Nights and Weekends (08), and she co-wrote Mistress America (15) with Noah Baumbach. She directed Lady Bird (17) and Little Women (19).