In his feature directorial debut, Viggo Mortensen stars as a gay man on a patience-testing mission to care for his ailing, solitary, and homophobic father (Lance Henriksen). 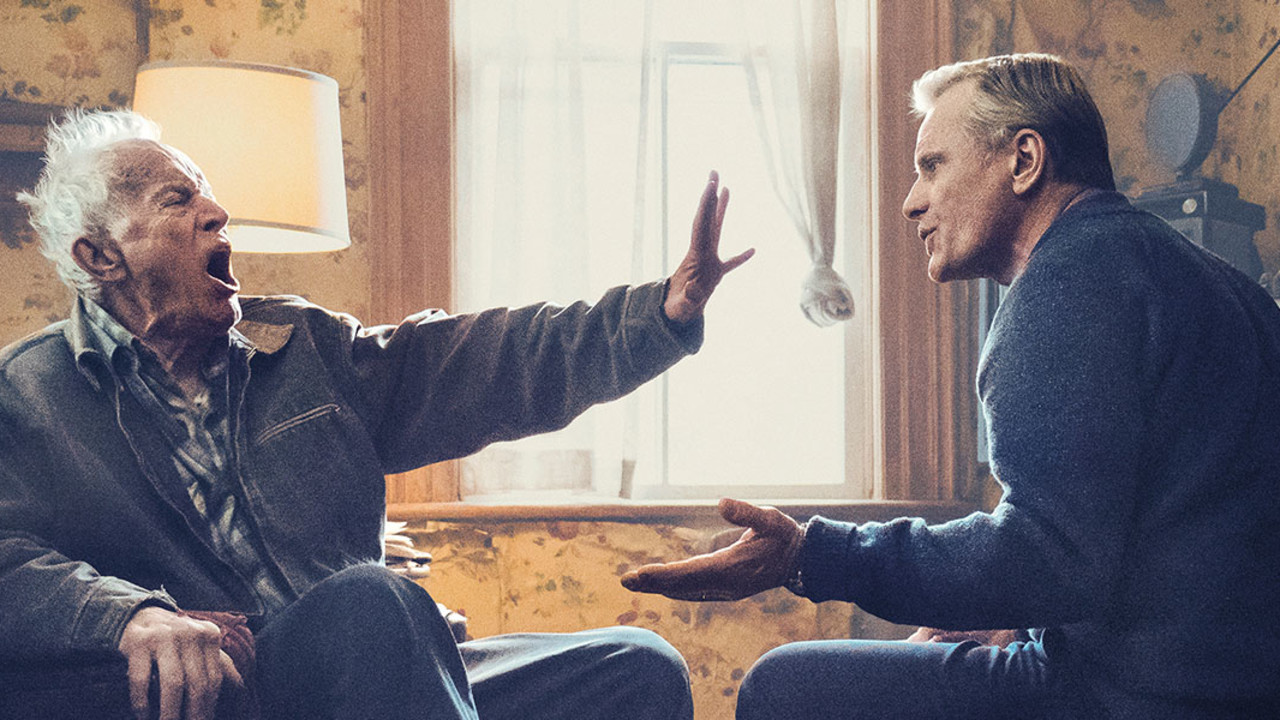 Viggo Mortensen remains a marvel. A star who could simply have coasted on his big-screen luminosity, he has chosen instead complex character roles for David Cronenberg, lead performances in Spanish and French, and a vital body of work in poetry and painting. Now we learn he’s a hell of a director, too. Falling, which he wrote, directed, and co-stars in, is a crackling revelation of the wounds and responsibilities that come with family.

John was born into the storm of his father’s rage. His father, Willis, resents everything about his child’s presence, and what he sees as the trap of family life. Early on, the film shifts between scenes of John as a boy, forced by Willis into regular tests of masculinity, and John as an adult (Mortensen), living happily as a gay man. But when Willis (Lance Henriksen), now in the grip of dementia, descends back into John’s life, his usual vitriol and rancid homophobia flow unchecked. As a son still bound by duty, John must care for the man who hurts him the most.

Falling lays out this family’s emotional battleground with careful attention to nuances that complicate the conflict. Mortensen uses sophisticated visual and aural techniques to take us inside the experience of both son and father. Henriksen delivers a towering performance as a man roiling with rage he can barely understand, and Laura Linney is terrific as John’s sister, Sarah. Mortensen, working with longtime Cronenberg collaborators in production designer Carol Spier and editor Ronald Sanders, weaves the whole tale together to devastating effect.