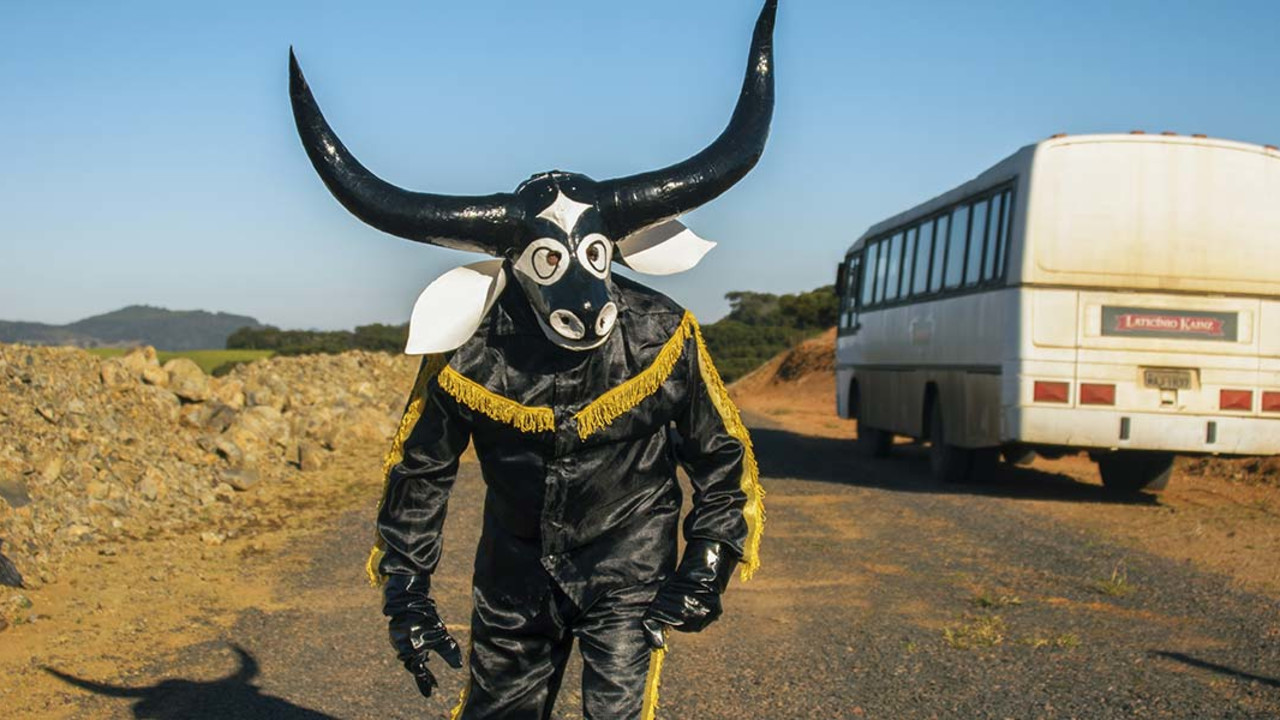 Living in modern times but trapped in a colonial nightmare, Cristovam (Antônio Pitanga, a noted actor in Brazil’s Cinema Novo movement of the 1960s) is an Indigenous–Black man from the rural north of Brazil who migrated for work during the economic boom to an affluent Austrian enclave in the south. Over three decades later, he is now lost in a decadent community. Informed that he must take a wage cut at the milk factory where he has worked for many years, he finds refuge in an abandoned home where he discovers artifacts reminiscent of his past. As Cristovam rediscovers his roots, he comes to the realization that nothing has changed. The attacks he endures in the community, both mental and physical, awaken in him a legacy of abuse carried down for centuries.

João Paulo Miranda Maria’s debut feature combines haunting folklore, lush imagery, and rich, timely social commentary to explore generational trauma and the complex social and racial tensions of present-day Brazil. The film’s hero embodies the experience of the unwanted Other, the racialized body that can be mocked, tormented, and forgotten. Cristovam encounters seemingly endless obstacles and intrusions thwarting the life he is entitled to live.

Boasting some of the most mesmerizing cinematography at the Festival this year, Memory House is a slow-burning tale that reflects the notoriously complex and turbulent history of Brazil’s inland culture while focussing on one man’s threshold for generational pain. Boiling over in an unforgettable conclusion, Memory House probes the subtext of the colonial experience — and what happens when cultural colonization and a system still rooted in white supremacy forces those deemed “others” into isolation and slowly chips away at their humanity.