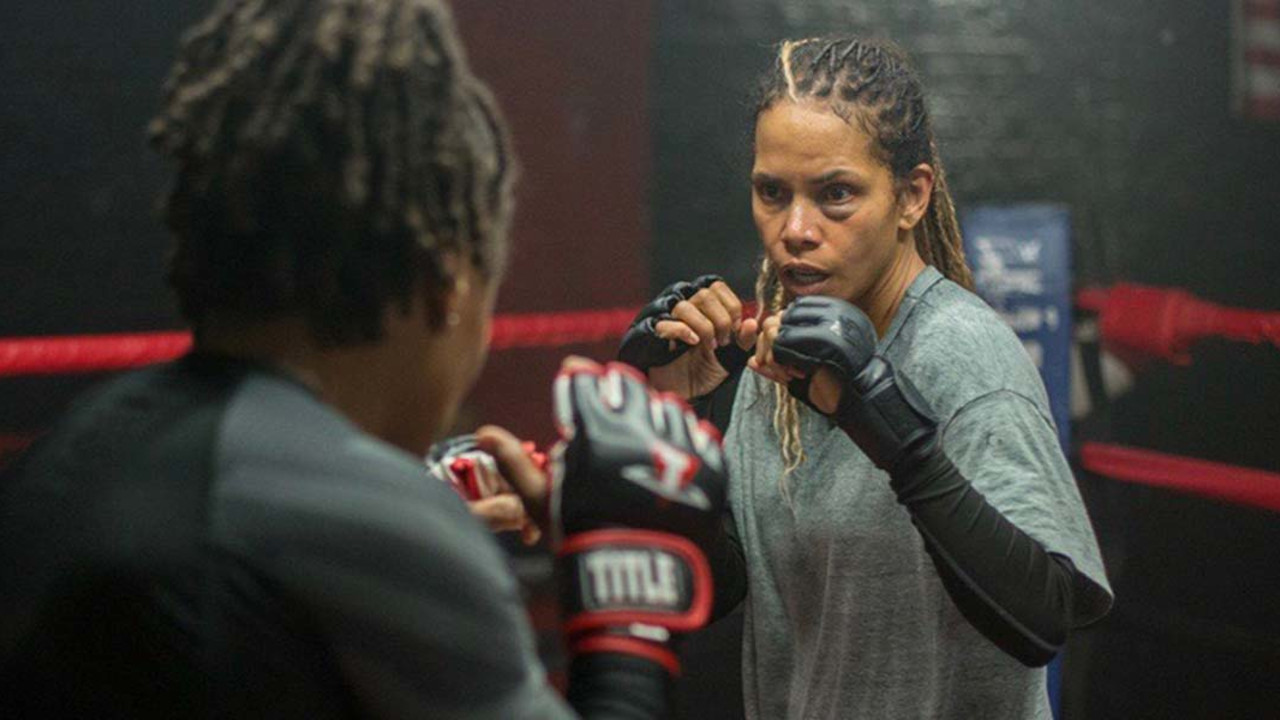 This film is screening as a work in progress.

Halle Berry makes her directorial debut while starring as a washed-up MMA fighter struggling for redemption as both an athlete and a mother. Jackie “Justice” (Berry) has been working multiple jobs and barely scraping by ever since losing an important match years ago. When her boyfriend, Desi (Adan Canto), manages to trick her into going to an underground fight, her passion for the sport is reignited. As Jackie prepares to go back to “the only thing she is good at,” the son she once abandoned is dropped off at her doorstep. Confronted by her past choices and traumas, Jackie will have to fight to reclaim the two most meaningful things she has walked away from: six-year-old Manny and an MMA title.

Bruised unfolds amidst a well-worn New Jersey backdrop and immerses viewers in the world of MMA fighting and title-match preparations. Training sessions and matches are shot with an exhilarating, kinetic intensity that charts Jackie’s gruelling journey to get back into peak shape in order to compete with younger opponents.

With this assured debut feature, Academy Award winner Berry crafts a textured portrait of a woman defined by her fight-or-flight reactions to the challenges life has thrown her way. Through her explosive performance, the character Jackie simultaneously radiates tightly coiled rage and heart-rending vulnerability. She is supported by an amazing cast, including Shamier Anderson (Torontonian and 2019 TIFF Rising Star alumnus) as the encouraging MMA league owner and Sheila Atim in a breakout performance as the enigmatic trainer Bobbi “Buddhakan” Berroa. A classic redemption story, Bruised regards all of its characters’ flaws with great empathy while building to a rousing, fist-pumping finale.