Lift Like a Girl is an intimate journey into the inner life of an aspiring athlete. 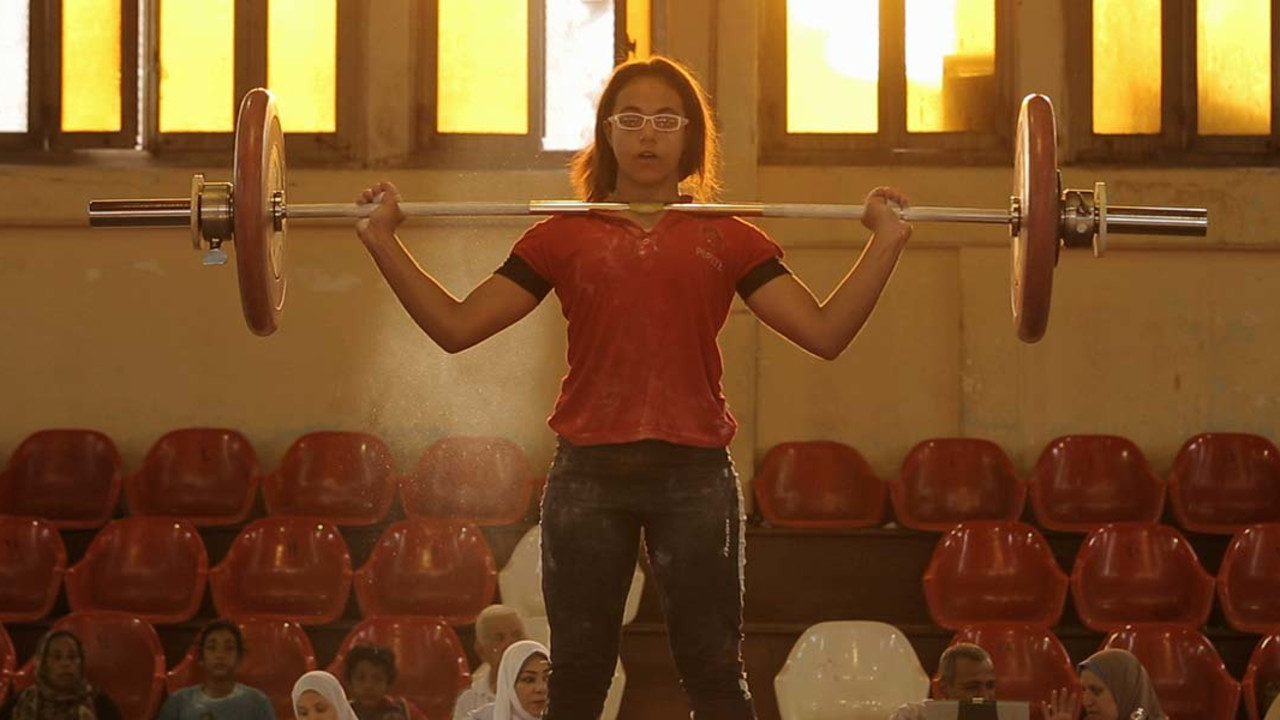 For over 20 years, Captain Ramadan coached world-class weightlifters in Alexandria, Egypt. A larger-than-life character in his own right, Ramadan led his daughter, one of Egypt’s most famous athletes, Nahla Ramadan, to become a world champion, and trained Abeer Abdel Rahman, the first Arab woman to become a two-time Olympic medalist. Mayye Zayed’s observational documentary dives into the training of Ramadan’s new protégé: the determined Zebiba (which means “raisin”), who dreams of lifting on the level of Captain’s past stars.

Shot over four years, starting when Zebiba is 14 years old, Lift Like a Girl is an intimate journey into the inner life of an aspiring athlete. Filmed largely at Ramadan’s outdoor gym and at weightlifting competitions, it captures feats of astonishing athleticism. But it’s not just about muscle mass à la Pumping Iron, as Zayed explores the complex bond between Zebiba and her Captain — a bond that is frequently unpredictable, sometimes volatile, but always rooted in what can only be described as an unshakable faith.

Zayed’s seamless cinematography takes on the perspective of the other lifters and of the crowd, and she doesn’t shy away from the losses and tears. The result captures Zebiba’s physical and mental struggles, as Ramadan pushes her further and harder — often more than any of his other athletes. But as time marches on, bringing Zebiba more success, it also brings new challenges for the gym, her team, and ultimately for Zebiba herself.