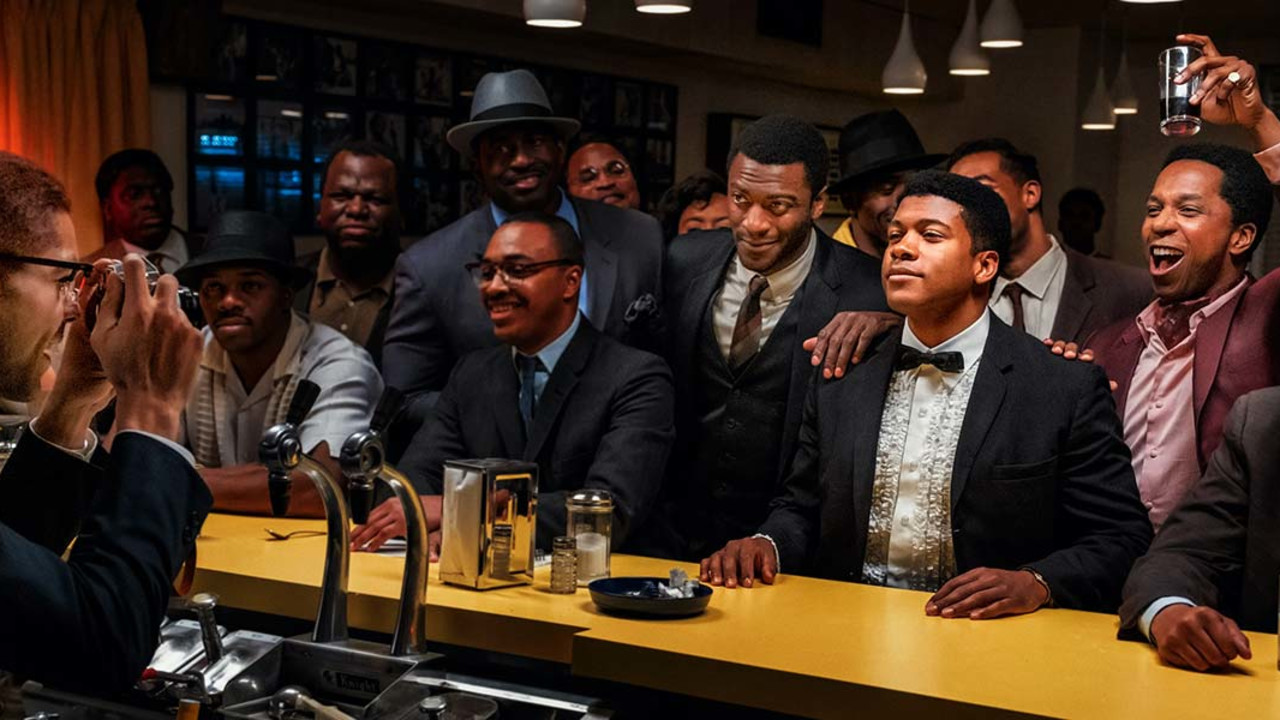 One Night in Miami...

Fresh on the heels of her Academy Award for If Beale Street Could Talk and her acclaimed lead performance in the Watchmen television series, Regina King makes her feature directing debut with a drama that draws entertainment and activism, fame and principle, together on one fabled evening.

One Night in Miami imagines a night in February 1964, when real-life friends Cassius Clay, Jim Brown, Sam Cooke, and Malcolm X gather to celebrate Clay’s win over Sonny Liston, which made him the heavyweight champion of the world. Triumphant and playful, Clay (Eli Goree) — who’d soon take the name Muhammad Ali — is looking to party, but both he and football star Brown know that’s only a temporary escape from the civil rights abuses that limit the lives of even celebrated Black Americans. In one potent early scene, Brown, played by Aldis Hodge (Clemency), visits the home of a white benefactor (Beau Bridges) and gets a harsh reminder of just where he stands.

When Clay and Brown are joined at a swank Miami motel by the sober-minded Malcolm X (Kingsley Ben-Adir) and the flashy pop star Cooke (Leslie Odom Jr.), the four men begin with banter but soon root down to the hard questions facing them. Should successful Black entertainers speak out against racism? How best can Black celebrities serve the Black community? Are money and fame reward enough for humiliation? Working with screenwriter Kemp Powers to bring his original stage play to the screen, King and her actors attack these conversations with the urgency, depth, and humour the subject still demands today.