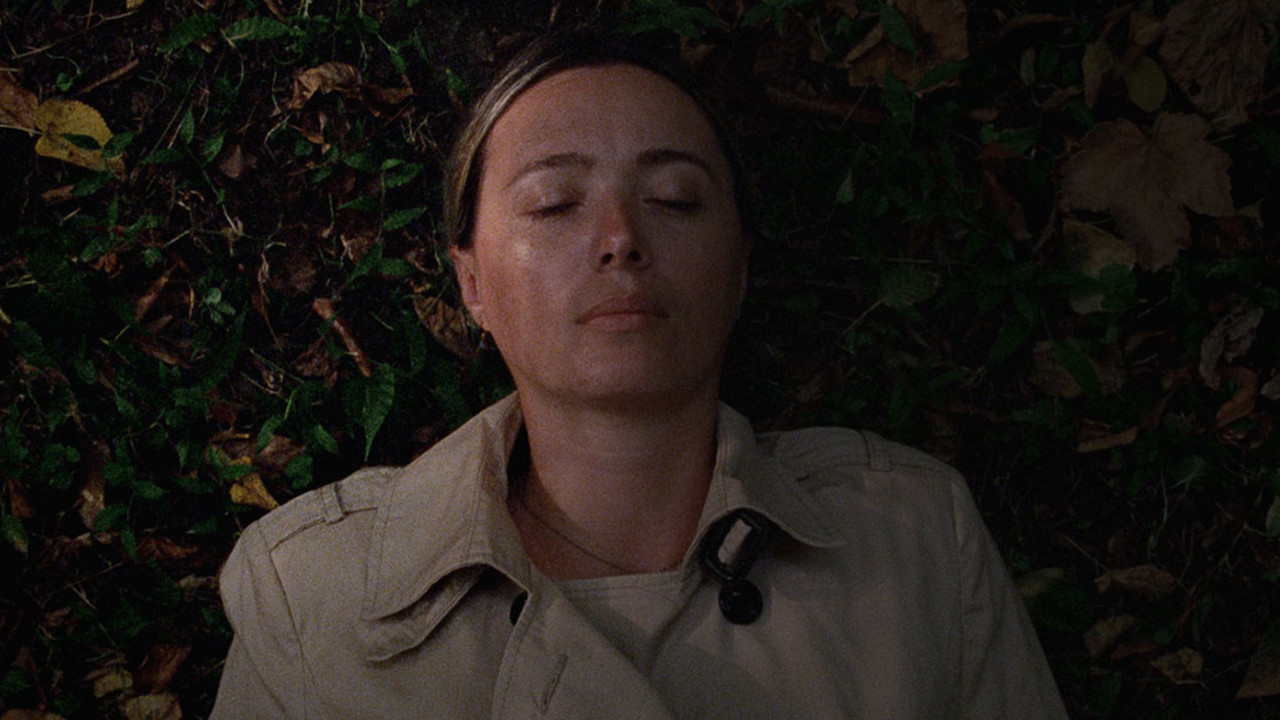 Submerged in feelings of restlessness, Yana (Ia Sukhitashvili) sees a stranger’s reflection looking back at her from the mirror. Alongside her son, George, and husband, David (Rati Oneli), she is a Jehovah’s Witness missionary in a predominantly Christian Orthodox mountainside village in Georgia. The isolated community of Witnesses is aghast when their Kingdom Hall is attacked during a service and the modest place of worship left in ashes. The steadfast couple now stands at the crossroads of continuing to reside in hostile territory and honouring their commitment to a higher power. David manages to obtain CCTV footage of the attack and Yana, who is searching for purpose in life, becomes fixated on justice. Her path to retribution leads her to a confrontation with a local police officer (Kakha Kintsurashvili) that triggers an irreversible series of traumatic events.

Beginning is the harrowing and sensorial debut feature from Dea Kulumbegashvili, whose debut short, Invisible Spaces, was nominated for the Palme d’Or at Cannes in 2014. Impeccably shot on 35mm by Kulumbegashvili’s collaborator Arseni Khachaturan; edited by Matthieu Taponier, who is known for editing László Nemes’s Son of Saul; and with original music by experimental electronic composer Nicolás Jaar, who scored Jacques Audiard’s Dheepan (2015) and Pablo Larraín’s Ema (2019), Beginning is an unsettling plummet down a rabbit hole. Sukhitashvili, barefaced and forthright, is brilliant as Yana. Not for the faint of heart, Kulumbegashvili’s latest pierces logic and challenges us to not only see, but also feel the inexplicable horrors that can be endured by the vulnerable when at the mercy of the almighty.