Ephraim Asili’s debut weaves together the histories of the MOVE Organization, the Black Arts Movement, and Asili’s time in a Black Marxist collective. 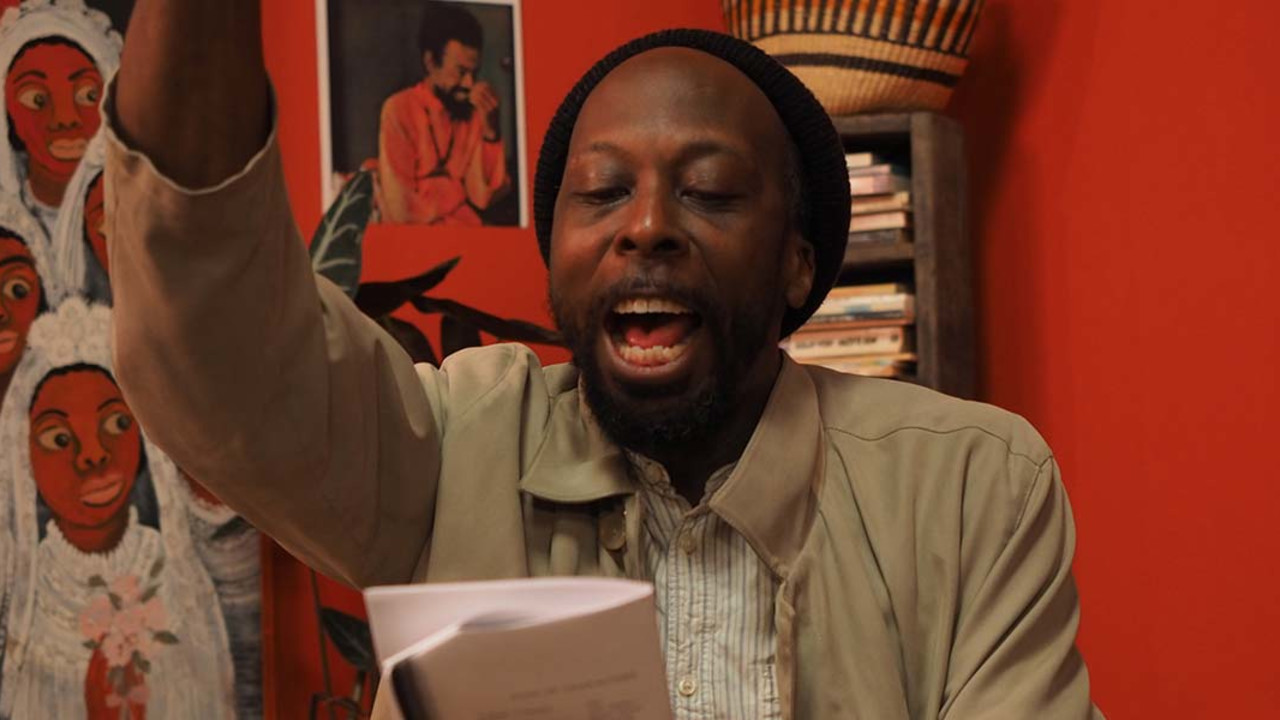 The much-anticipated feature debut by Ephraim Asili inventively weaves together the history of the MOVE liberation group, the Black Arts Movement, and the filmmaker’s own formative experiences in a Black Marxist collective. Following Asili’s celebrated cycle of films about the African diaspora — which collapse time and space in both literal and metaphorical ways — The Inheritance urgently summons the past in today’s continued fight for racial and social justice through a mix of fact and fiction, portraits and performances.

The film’s narrative core, described by Asili as a “speculative re-enactment” of his time in a West Philadelphia organization, centres on a young man who inherits his grandmother’s house and, with the encouragement of his girlfriend, turns it into a Black socialist collective where community forms the basis of family. Invoking Godard’s La Chinoise in palette, structure, and playful didacticism, Asili introduces an alternative revolutionary canon with an iconography of Black artists and freedom fighters via vintage photos, books, and records. As the group’s dynamics evolve and the actors break character in moving addresses to the camera, the film also dynamically crosscuts archival footage of MOVE before and after the devastating bombing by police in 1985 — a shocking event that continues to resonate loudly today in light of ongoing racialized police brutality in the United States and beyond.

Produced, shot (on vibrant Super 16mm), written, and directed by Asili, The Inheritance is a timely and personal work that harnesses the cultural power of transformation. The film pays homage to a lineage of resistance and features inspiring appearances by MOVE members Debbie Africa, Mike Africa Sr., and Mike Africa Jr., as well as the remarkable poet-activists Sonia Sanchez and Ursula Rucker.