Spike Lee documents the former Talking Heads frontman’s brilliant, timely 2019 Broadway show, based on his recent album and tour of the same name. 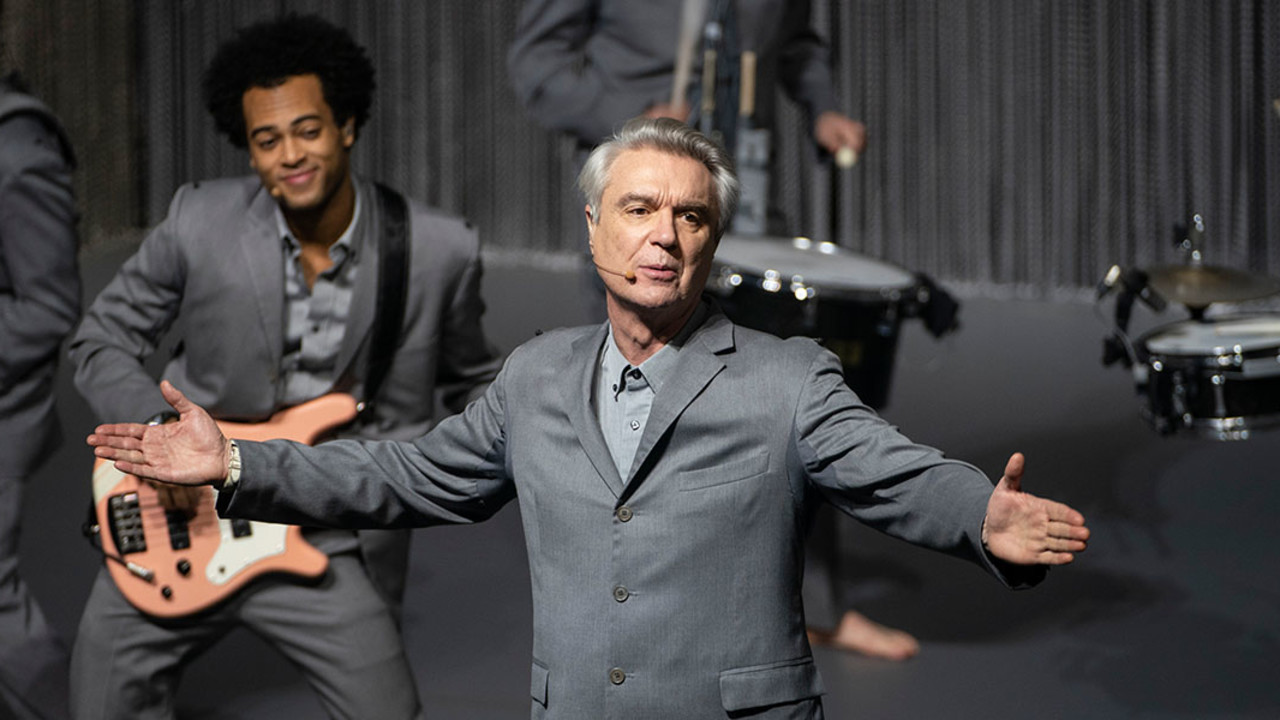 Deeply thoughtful and wildly exuberant, David Byrne’s theatrical concert American Utopia lit up Broadway last year with Byrne’s trademark mix of rhythm and ideas. Working with a vibrant new band and dancers, the former Talking Heads frontman turned his music into an antidote to America’s current divisions. Spike Lee’s latest joint brings all this joyous stagecraft to the screen in a vital call to connect with one another, to protest injustice, and, above all, to celebrate life.

The cerebral first song, “Here,” from Byrne’s 2018 American Utopia album, opens in a mood of cool reflection, but that soon builds as Byrne is joined on stage by vocalist-dancer Tendayi Kuumba and dancer-vocalist Chris Giarmo, with their uncanny mix of artful gesture and dance-floor funk. Then, on come nine more musicians, including percussion masters from the US, Brazil, France — even Toronto’s own Jacquelene Acevedo. “Most of us are immigrants,” Byrne says at one point, “and we couldn’t do it without them.” They launch into “Everybody’s Coming to My House.”

The classics are all here, too, but transformed — the aching beauty of “This Must Be The Place”; “Once in a Lifetime” now a euphoric anthem. In a film of countless highlights, Byrne’s cover of Janelle Monáe’s “Hell You Talmbout” is a showstopper, with the band chanting out the names of Black Americans killed by police. Lee’s powerful visuals bring it right up to the present.

Calling on all of us to think, connect, engage, and dance, David Byrne’s American Utopia unites the brain and the backside, which may be exactly what we need right now.