The latest feature from Mexican-Canadian auteur Nicolás Pereda is a sly, comedic take on how violence in Mexico has infiltrated popular imagination. 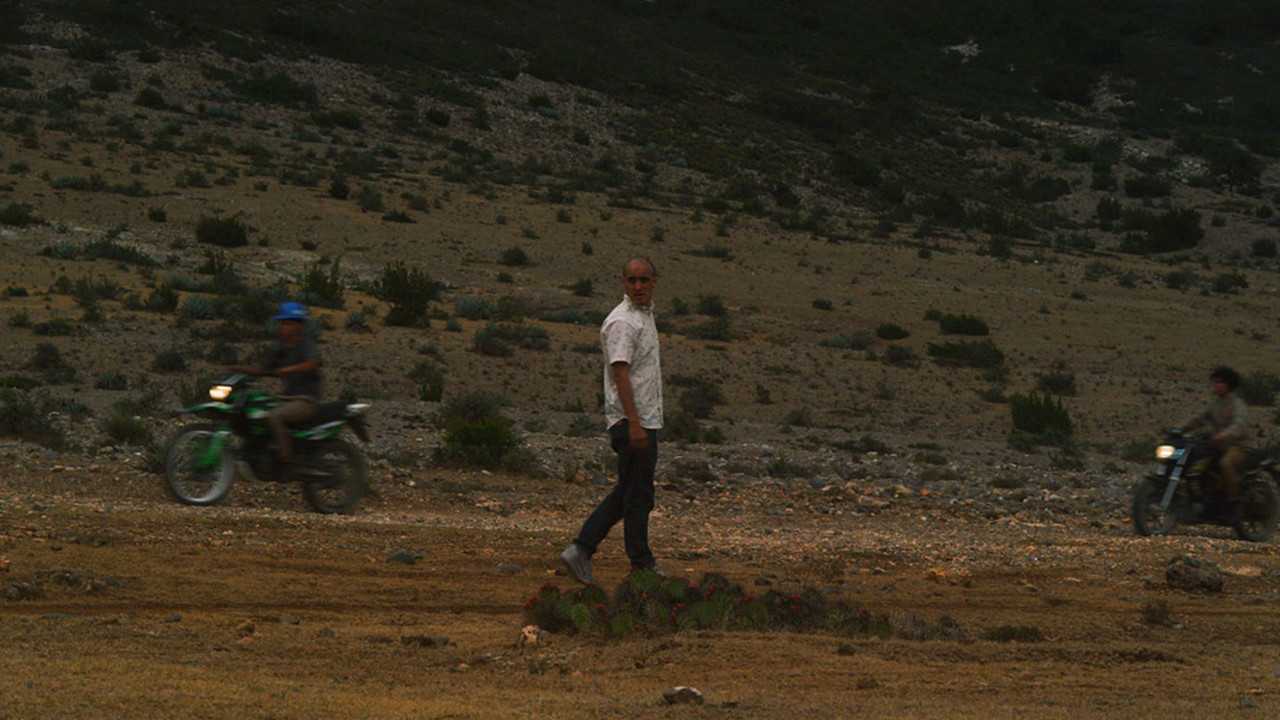 Nicolás Pereda’s ninth feature, and certainly one of his best, Fauna is a sly, deceptively smart, and comedic take on how violence in Mexico has infiltrated popular imagination.

The bifurcated story — which begins, tellingly, through the windshield of a car — uses a simple premise and Pereda’s regular troupe of talented actors to spin an inventive tale about family dysfunction, which echoes some of the country’s pathologies. When estranged siblings Luisa (Luisa Pardo) and Gabino (Lázaro Gabino Rodríguez) visit their parents in an eerily deserted mining town in the north of Mexico, the presence of Luisa’s affable actor boyfriend, Paco (Francisco Barreiro), gives rise to awkward scenarios. Their father’s seeming ambivalence toward his children is suddenly transformed by his fixation on Paco’s role in a famous narco-themed television series. Hilarious, bittersweet incidents, replete with simmering tension — underscored by a nuanced and acerbic critique of masculinity and the glorification of violence in mainstream media — become nested in a parallel reality fuelled by Gabino’s active imagination and need for escape. This mordant inset reshuffles the players in a sun-soaked, noir-tinged story of organized crime (including a detective and a femme fatale, of course), an unlikely send-up of the perceived glamour of narco fiction.

Breezy and pitch perfect, Fauna is a film about the power of the subconscious, told with uncanny humour and confidence. The film’s ingenious framing devices, elegant widescreen compositions, and dusty hues are perfectly attuned to its suspenseful yet playful stratagems. With his mischievous and nimble dissection of archetypal roles, Pereda proves there’s great pleasure in the telling, enlisting our imagination at each step of the way.