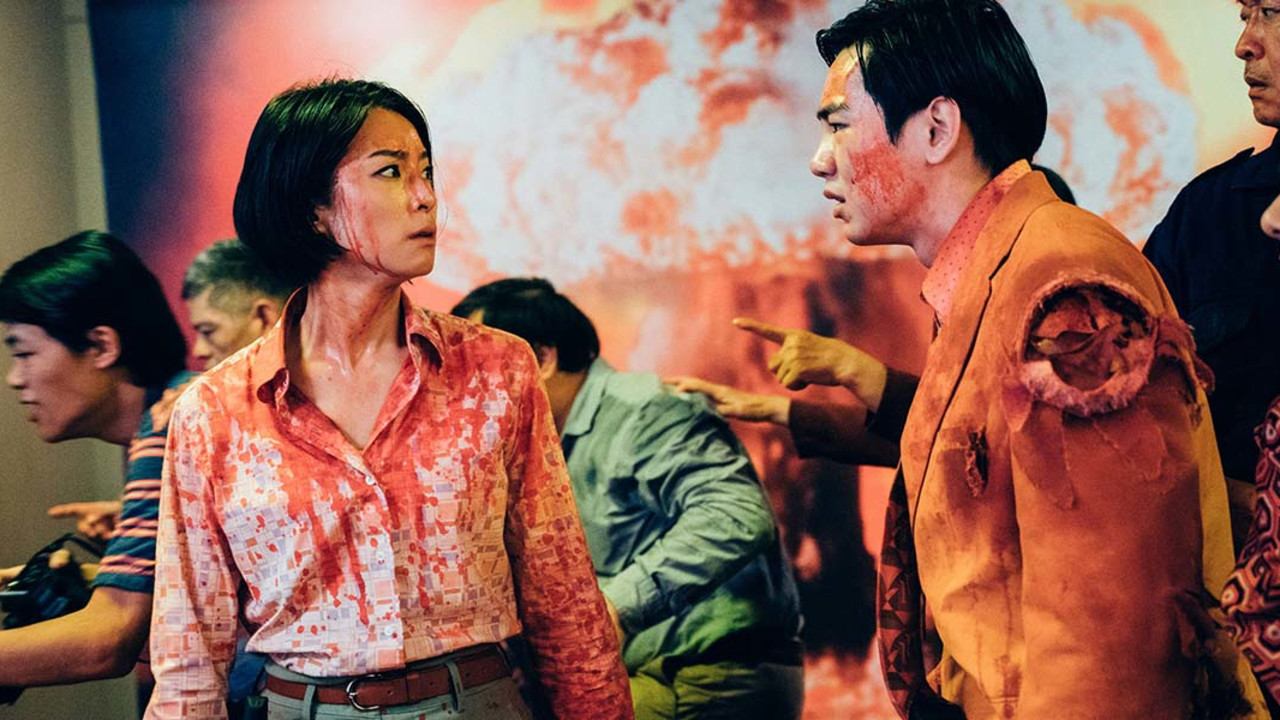 Get the Hell Out

Taiwan’s parliament, the Legislative Yuan, has an infamous reputation for sessions that get so spirited its members have been known to get into physical brawls on the legislature floor. Enter the imagination of I-Fan Wang, who, in his uproariously entertaining feature debut, cheekily satirizes this escalation from filibusters to fisticuffs with a premise that sees these passionate politicians mutate into ravenous flesh-eating zombies.

Our vantage point on this political bloodbath is split between two young parliamentary representatives: the brash and badass Hsiung (Megan Lai), and her meek, unrequitedly lovesick confidant, security guard Wang (Bruce Ho). Cruelly kicked out of office after her martial arts prowess makes her a liability to her corrupt and sexist rivals, Hsiung must rely (reluctantly) on Wang to enter the political arena on her behalf and fight (literally) for her policies. As she secretly directs Wang’s words and actions via headset, her strategy is compromised when nearly the entire government falls victim to a pathogen that renders them undead — and so ensues the deadliest assembly of Hsiung and Wang’s lives.

Director Wang choreographs this chaos with a breathless deployment of gory slapstick, satirical sing-alongs, and hilarious, fourth-wall-shattering graphics, generating a formal silliness and elasticity akin to Stephen Chow’s mid-’90s nonsense comedies. Yet another demonstration of the zombie genre’s undying dexterity with social and political critique, Get the Hell Out is ambitious and infectious entertainment by a filmmaker who recognizes the mileage to be gained from making shrewd choices. As the film itself warns at its onset: “A wrong movie makes you suffer for only 90 minutes. A wrong government makes you suffer for four years.”