This gorgeous 1980s period piece from François Ozon looks at the fateful friendship and love affair between two teenage boys on the Normandy coast. 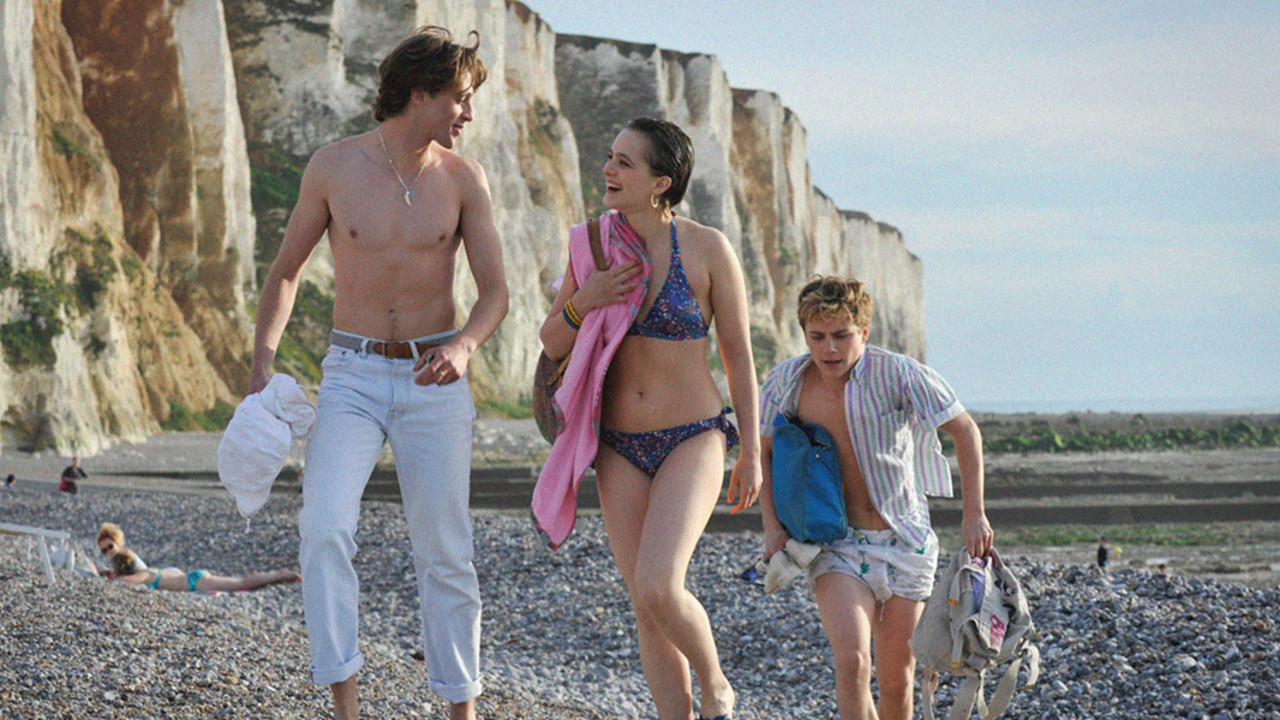 With his sumptuous Summer of 85, François Ozon mixes camp, queerness, and thriller elements into a sun-drenched romance-turned-tragedy set on the coast of Normandy. Told in flashbacks and metafiction, the film perfectly captures the era in which it takes place, using subdued 16mm film and precise 1980s fashion.

Alexis (Félix Lefebvre, in a star-making performance) is a working-class teenager deciding whether to join the workforce or continue his studies in literature. While out sailing, he capsizes during a storm and is saved by 18-year-old stranger David (the sublime Benjamin Voisin). David takes Alexis to his home, where they meet David’s forceful, charismatic mother (the hilarious Valeria Bruni-Tedeschi). David takes the helm of this new friendship and budding romance, and is soon showering Alexis with attention and gifts. He even gives Alexis a summer job at his mother’s nautical store, which he took over after his father’s recent death.

The chemistry between the two actors burns as their summer fling gives way to a dangerous obsession. David’s fixation on Alexis turns to cruelty as he reveals a sinister side to his personality. (You know a romance is doomed when your lover makes you promise to dance on their grave after their death.)

Unlike many queer coming-of-age love stories, Summer of 85 doesn’t dwell on its young characters’ coming out. They are not plagued by sexual repression, which frees the film up to fully portray their desire and youthful sexuality. It also brings to light other, more esoteric elements of infatuation and devotion, questioning whether it is, ultimately, we ourselves who project onto others the personas that we fall in love with.