Werner Herzog and Clive Oppenheimer (Into the Inferno) undertake a globe-trotting exploration of meteors that fell to Earth, both ancient and recent. 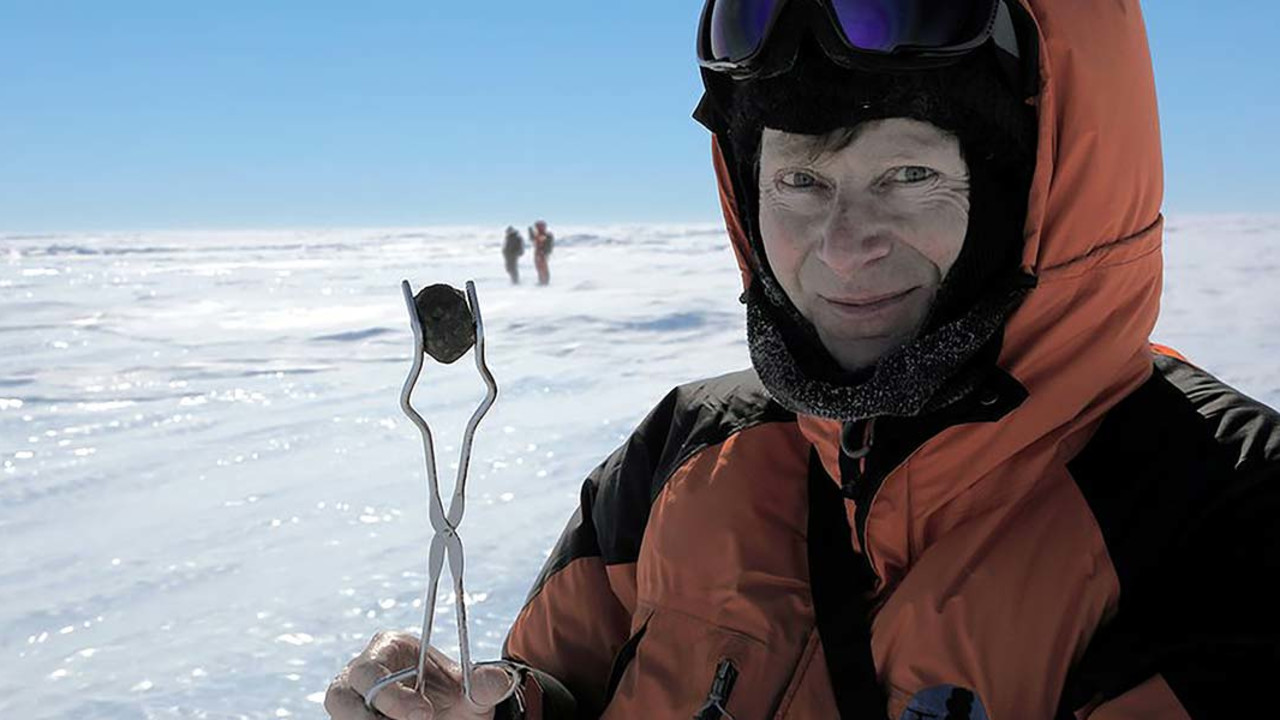 If you don’t think that much about meteors, you have a whole universe to discover in Fireball: Visitors from Darker Worlds. Werner Herzog reunites with University of Cambridge professor Clive Oppenheimer, with whom he explored volcanoes for Into the Inferno. They travel the world hunting for meteors, revealing connections between science, history, and mythology. On camera, Oppenheimer interviews specialists with wonder and a dry wit, covering freak accidents, apocalyptic scenarios, and the mysteries of the cosmos. Herzog narrates in his distinct Bavarian accent (recognizable to fans of The Mandalorian). His phrasing remains unparalleled, even in his simple description of a Mexican beach resort “so godforsaken it makes you want to cry.”

The film subverts stereotypes of scientists as socially awkward and predominantly male. The specialists talking to Oppenheimer are passionate and poetic. Many are women — from Mexico, India, South Korea, the US — with expertise spanning astronomy, cave archaeology, and NASA’s Planetary Defense. The film also dwells on ancient understandings of meteors in the traditions of Indigenous Australians, Mayan astronomers, and Papuan tribal elders.

The film expands our imagination as we track wayward asteroids through high-powered telescopes or study space dust magnified 3,000 times. “It’s looking eternity in the eye,” says Jon Larsen, a Norwegian jazz musician obsessed with collecting micrometeorites. “This is the ashes of a previous generation of dying stars.”

In this year of isolation, it can feel like time and space has narrowed. This film is an antidote for taking a wider view. Herzog and Oppenheimer seek nothing less than to find a connection between the solar system and your soul.