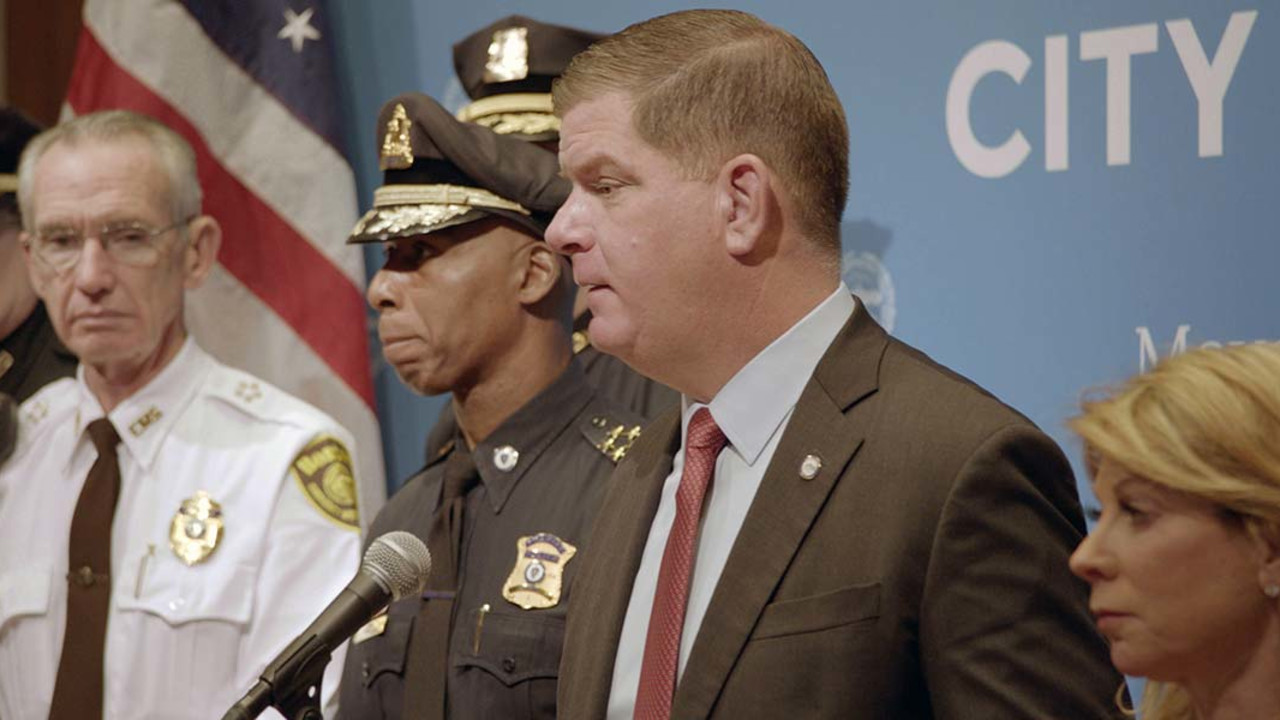 Frederick Wiseman’s lifelong project to document institutions has no equal. His prodigious output of over 40 non-fiction films has captured 17 American states and several countries. Only three of those films take place in his home state of Massachusetts: his debut, Titicut Follies (1967), Near Death (1989), and now his latest, City Hall.

In this wide-ranging tapestry of Boston city services, the main figure is Mayor Marty Walsh, filmed from fall 2018 into winter 2019. The son of Irish immigrants, Walsh rose from construction work to union leadership to Democratic politics. Now 53 years old, he leads a city where the white population has been reduced in his lifetime from 80% to 45%. His speeches are like the opposite of Trump’s; the mayor champions environmentalism, immigrant rights, and gender equality. Speaking with a distinct local accent, Walsh connects to audiences by invoking his own adversities, including childhood cancer and addiction recovery.

Wiseman is known for long films, and City Hall is no exception. Think of it as binge-watching without episodes — there’s a lot to cover in a city budgeted at over $3 billion. Working again with cinematographer John Davey, Wiseman observes policy-making on topics he’s covered in past films: affordable housing, support for people with disabilities, and law enforcement.

In the summer of 2020, US cities experienced a massive outcry over racial inequity. Watching this city portrait filmed one year earlier, we see those passions rising as citizens repeatedly call for accountability. While street protests never lack for attention, Wiseman has trained his camera on machinations of democracy that we rarely get to see.