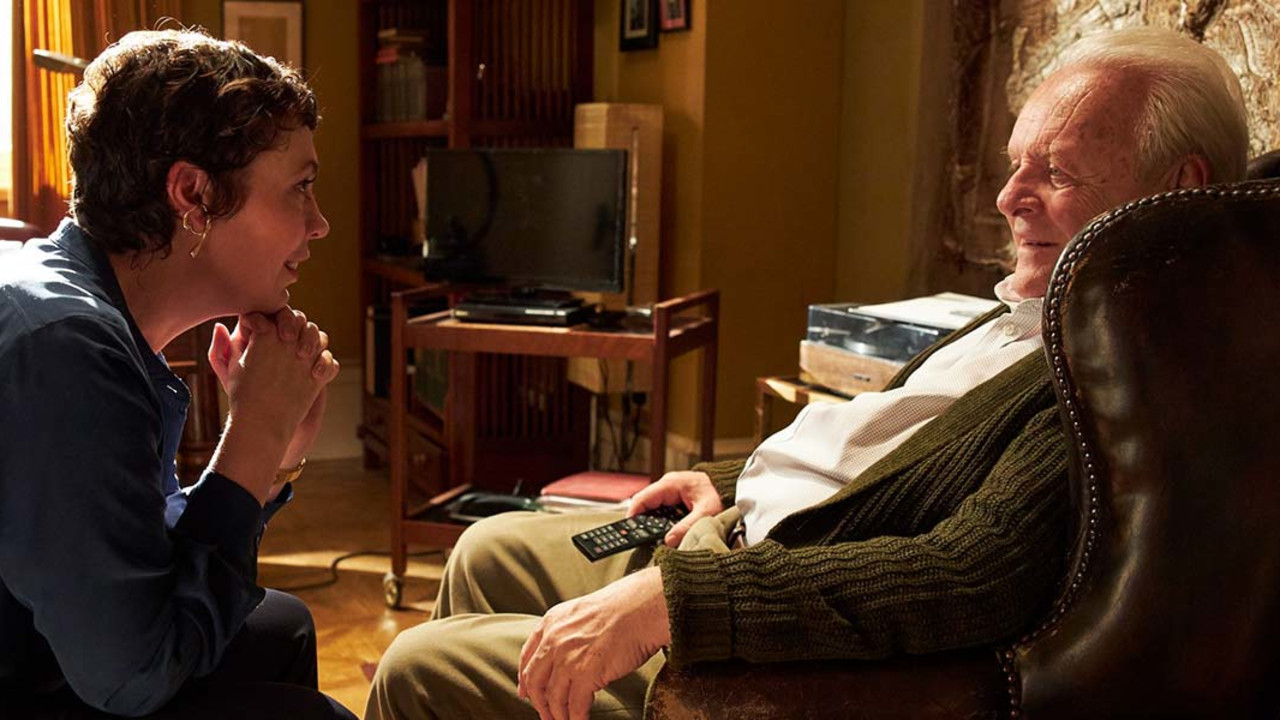 One of the most profound fears of aging is the fear of losing our mental faculties. The thought of not recognizing loved ones or forgetting where we live stirs up existential questions about identity and what makes us ourselves. The Father, the gripping debut film from acclaimed writer Florian Zeller adapted from his own 2012 play, deals with this deep-rooted anxiety by melding punchy domestic drama with subdued psychological horror as it captures an almost first-person perspective of a proud and beloved patriarch’s tragic decline into dementia.

Sir Anthony Hopkins gives a gut-wrenching performance as Anthony, an affluent Londoner unwilling to admit to himself and to his daughter Anne (Olivia Colman) that he is no longer able to care for himself. When Anne brings in a nurse, Laura (Imogen Poots), to provide care for Anthony in advance of Anne’s planned move to Paris, he goes from charming and flirty to brash and insulting. Neither his daughter nor his nurse know which version of Anthony will show up each day. When Anthony wakes up bewildered in a home he doesn’t recognize — with people we don’t recognize — it becomes palpably, painfully clear to us just how far and how quickly reality is slipping from his grasp.

From the skewed versions of Anthony’s apartment to the shifting versions of the cast (Olivia Williams appears as Anne at one stage, among other surprises), Zeller disorients not only his main character but also his audience in order to bring to life the onset of dementia. The Father is an affecting, resonant exploration of a mental health dilemma that is simultaneously mystifying and all too conceivable.