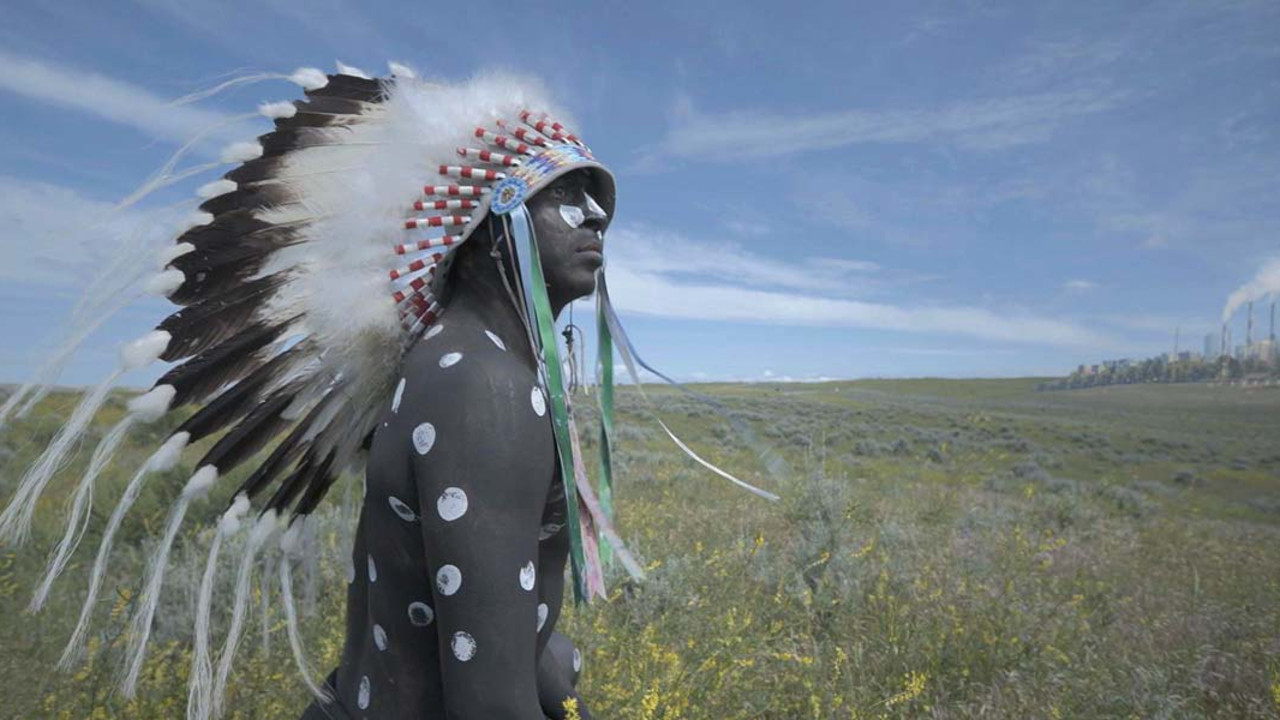 Based on Thomas King’s award-winning 2012 study, The Inconvenient Indian: A Curious Account of Native People in North America, Michelle Latimer’s equally essential documentary examines the ongoing colonization of Indigenous peoples in North America. If early colonization depended on force, in more recent decades it has focused on Indigenous history, culture, and traditions. History has been wiped out or twisted to serve the absurd self-justifying fantasies of the colonizers; traditions, language, and religion have been systemically suppressed via state institutions, meaning current generations’ pursuit of their history is fraught with obstacles.

Latimer brings these issues to the fore through a profoundly compelling array of techniques, including a voiceover by King, movie and archival footage, interviews, dance, visual arts, and traditional customs like tattooing and hunting. Well-known figures like visual artist Kent Monkman and filmmaker Alethea Arnaquq-Baril are among her subjects, along with hunters, community workers, and emerging film artists such as Nyla Innuksuk and her collaborators, who adapt genre devices to tell their own stories.

While these pursuits of cultural memory and awareness are invigorating and touching, the film also takes direct aim at North America’s pernicious notion of history and truth. As King points out, the claim that previous generations were ignorant of the repercussions of their actions is disgracefully self-serving — and only allows those in power to return to the scene of the crime to continue stealing land and resources. King concludes his narration with a powerful exhortation that we can do what we want with his analysis, but we can no longer claim we were innocent or ignorant, making Inconvenient Indian one of the most essential films at this year’s Festival.

Content advisories: traditional customs and methods of hunting are employed in some scenes; instances of police brutality