Manijeh Hekmat’s music-infused twist on a road movie follows a band’s day-long journey across a flooded landscape to Tehran. 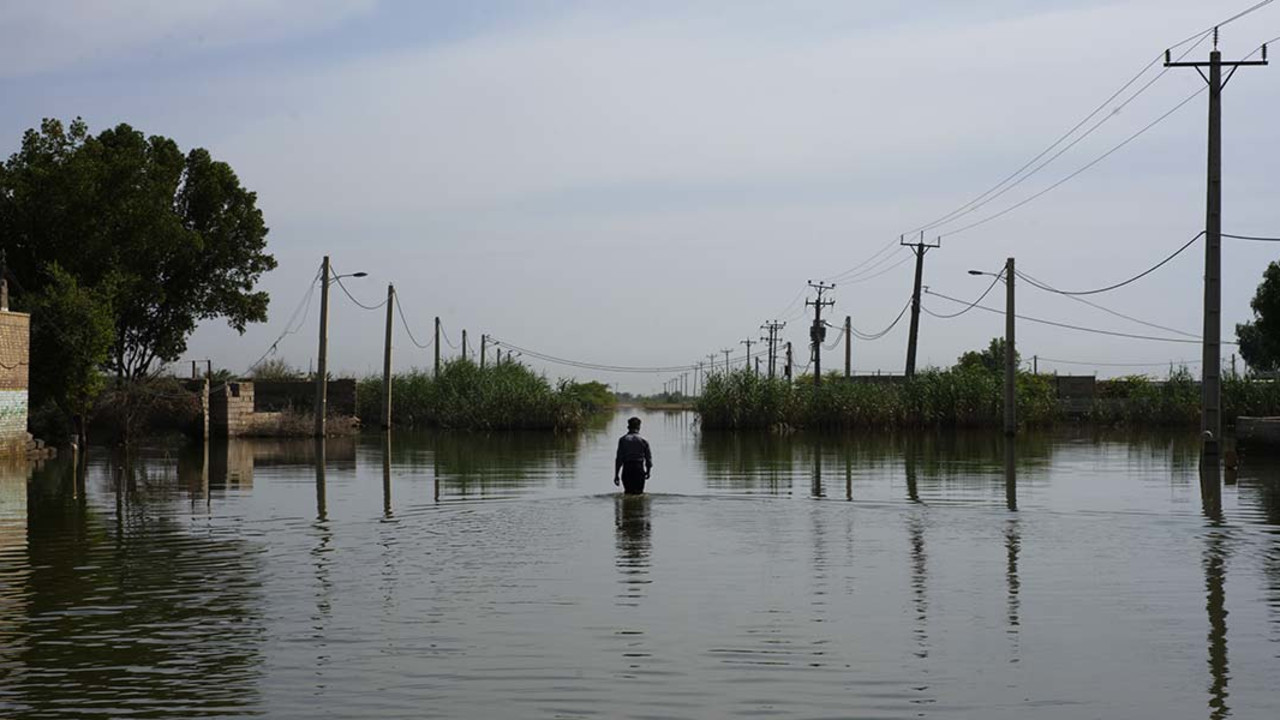 The latest from established filmmaker Manijeh Hekmat is a music-infused twist on a road movie that’s laced with poignant and timely political commentary. In southwestern Iran’s Khuzestan Province, floods have turned the landscape into lakes, obscuring the roads. Over the course of a day’s journey in this watery world, three musicians — Navid, Amir, and the very pregnant Mahla — refuse to be deterred by the soggy and often completely submerged motorways, as they are set on making it to Tehran for a battle of the bands that evening.

Unfolding on the road as the trio journeys in their van, Bandar Band is a stunning visual ode to the shifting landscapes of Hekmat’s native Iran. Employing her documentary background, Hekmat also digs into these settings, offering snippets of the daily victories and struggles of the people the band encounters along the way. Whether it’s the story of a village that’s all but turned to mud or one that’s saved itself from the encroaching waters, Hekmat gently observes moments of joy and perseverance.

The path to Tehran, however, is not an easy one. The physical obstacles of the flood begin to take a mental toll on the band — a metaphor for a generation that’s had to endure their dreams being challenged at every turn.